When we think of Thanksgiving of course our minds immediately go to turkey. But, it’s so much more than simply a big, festive bird! 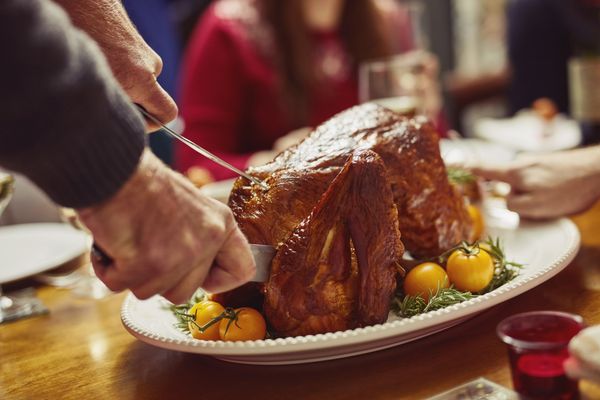 We have been celebrating Canadian Thanksgiving as an official annual holiday since November, 1879. Thanksgiving Day has been a holiday on the second Monday of October since 1957.

While perhaps not as long and storied a history as our neighbours’ holiday of thanks to the south, it has been no less revered since its inception almost 140 years ago.
Our Holiday was first organized by leaders of the Protestant clergy, who appropriated the American Holiday, which was first observed in 1777 and established as a national day of “public thanksgiving and prayer” in 1789. 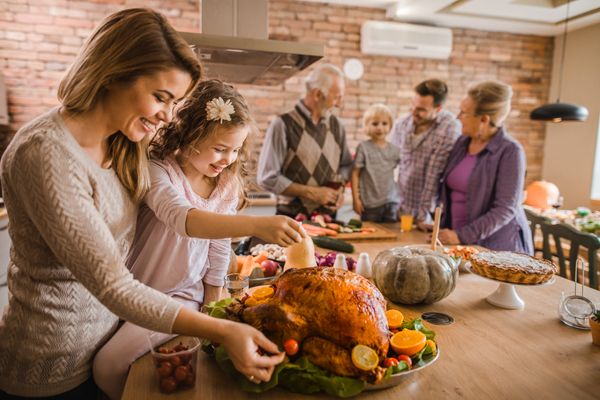 While the late 19th century marks the official beginning, Canadians do enjoy a first Thanksgiving story analogous to that of our American cousins feast at Plymouth in 1621. Perhaps not nearly as thoroughly mythologized, ours is a story of gratitude featuring the pirate/explorer Martin Frobisher giving thanks in 1578, having survived the long journey in his quest to find a northern passage from Europe to Asia.
Like the American celebration, it is, and has always been, an opportunity to take time to give thanks for good harvest and fortunes of the past year. Giving thanks is the defining sentiment of the Thanksgiving holiday and it involves some distinct traditions to help celebrate our gratitude: for loved ones, for health, and for the abundance we enjoy with the tremendous good fortune of making our lives in this wealthy, tolerant, and endlessly diverse nation.
It is, first and foremost, a celebration of abundance. Finding its roots in the European tradition of harvest festivals, a common symbol is the cornucopia, or horn, filled with seasonal fruit and vegetables. 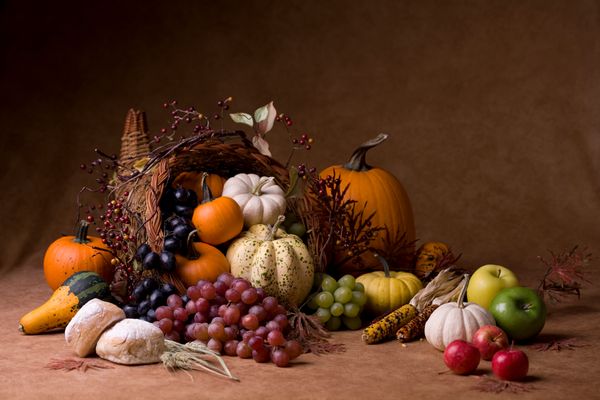 The cornucopia, which means “Horn of Plenty” in Latin, was considered a symbol of bounty and plenty to the ancient Greeks. Turkeys, pumpkins, ears of corn, and stalks of wheat along with large displays of food are still used today to symbolize Thanksgiving Day.

A Very Canadian Weekend of Thanks

In typical Canadian fashion, we tend to be a little more relaxed about the holiday than the typically more exuberant Americans. The official Holiday is the Monday, but the festive meal can occur on either the Saturday or Sunday.
This more casual approach is more evident in Quebec. Given the holiday’s Protestant origins and the majority of French Canadians aligned more with Catholicism,
Thanksgiving or action de grâce, as it is known, is celebrated to an even lesser extent than in the rest of the country,
Football, while not as big as the Football extravaganza in the United States on their Thanksgiving Thursday, is still somewhat associated with Thanksgiving. The Canadian Football League (CFL) does hold the Thanksgiving Day Classic, a sports tradition dating back as early as 1958. It is a doubleheader, with two games played that afternoon.
Canadian Thanksgiving tradition does boast uniquely Canadian culinary traditions. The staples, of course – turkey and gravy, cranberry sauce – but there are variations on how they’re prepared. For example, we prefer our vegetables mashed, love our bread and rice stuffing and typically include dinner rolls rather than the southern favourite, cornbread. We also have a particular penchant for specific late-season items such as squashes and Brussels sprouts. Interestingly, Canadian pumpkin pie is typically spicier, often made with a flavourful punch of nutmeg, cinnamon, cloves, and ginger. 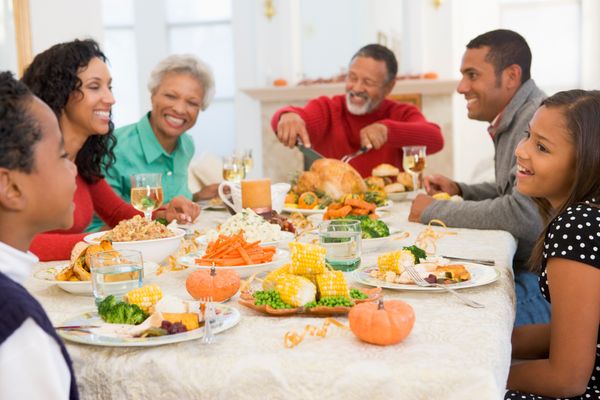 While perhaps not abundant in a variety of official traditions that are unique, our Thanksgiving celebration is still uniquely Canadian. With such ethnic and cultural diversity, Canadians will give thanks in a myriad of different ways, incorporating the traditional with their own individual cultural and familial practices.
One thing will be certain on Canadian Thanksgiving: the October weekend will be joyful and vibrant with displays of love and gratitude for family, friends, and our great good fortune to live in Canada.

You may also like:
How to Create a Welcoming and Practical Guest Room 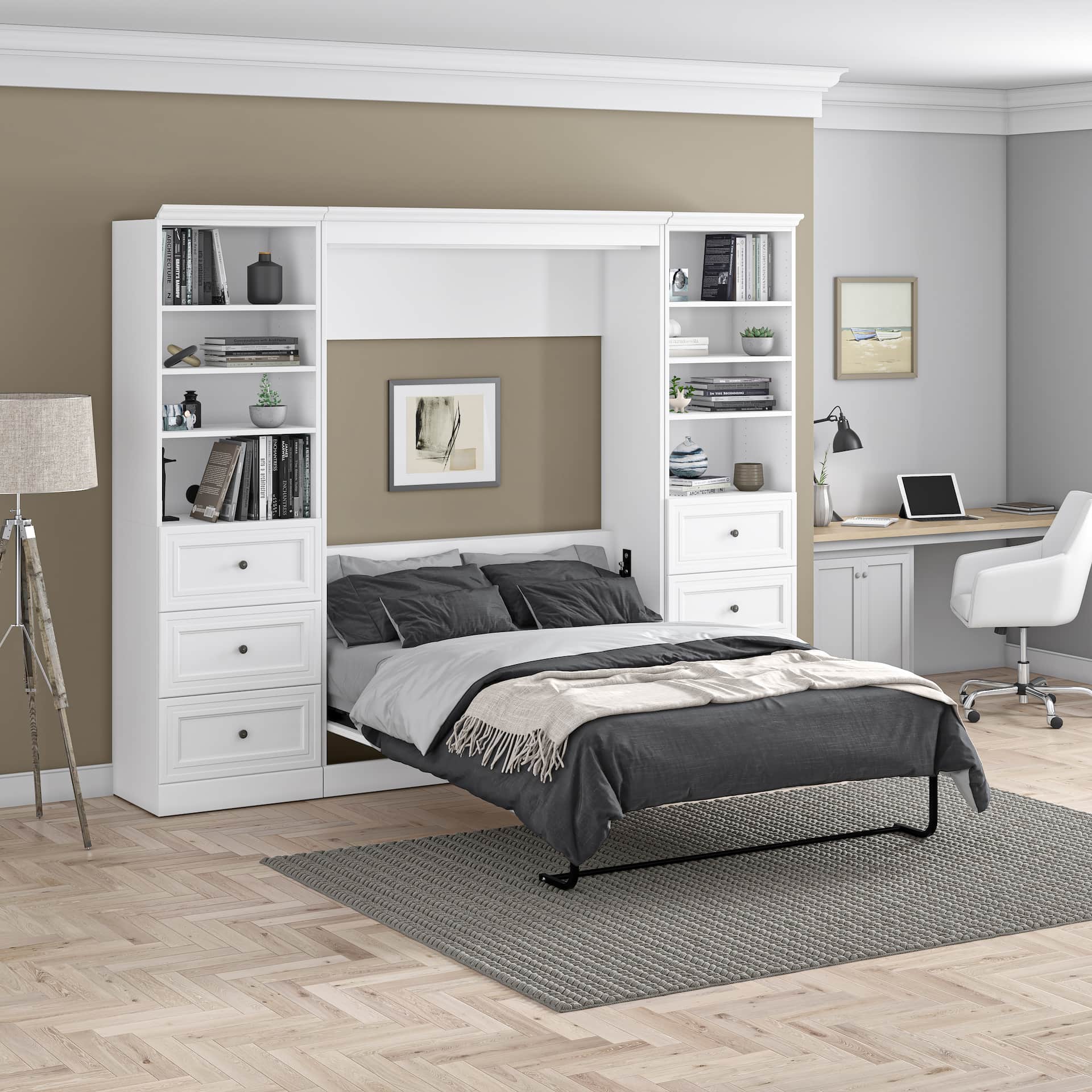 Home | Organization | Small Spaces 4 Practical Space-Saving Bedroom Ideas 09-09-2022
Organizing a bedroom space can be tricky, especially if you have a small bedroom. Busy schedules make it even more...
Read more 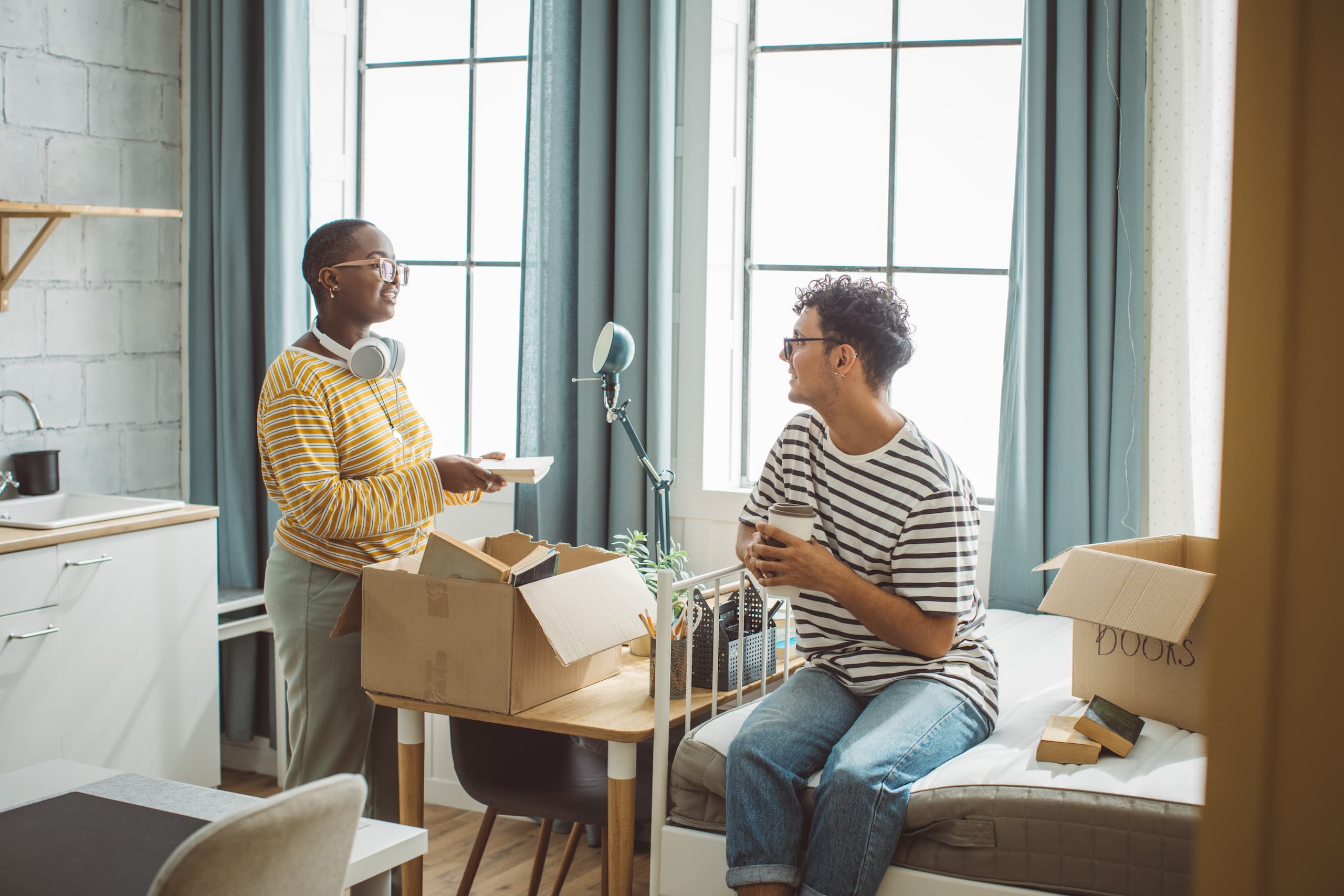 Home | Small Spaces 4 Tips for Sharing an Apartment with a Roommate 12-08-2022
When August rolls around, you know what that means: back-to-school season is here! If you’re starting college or...
Read more 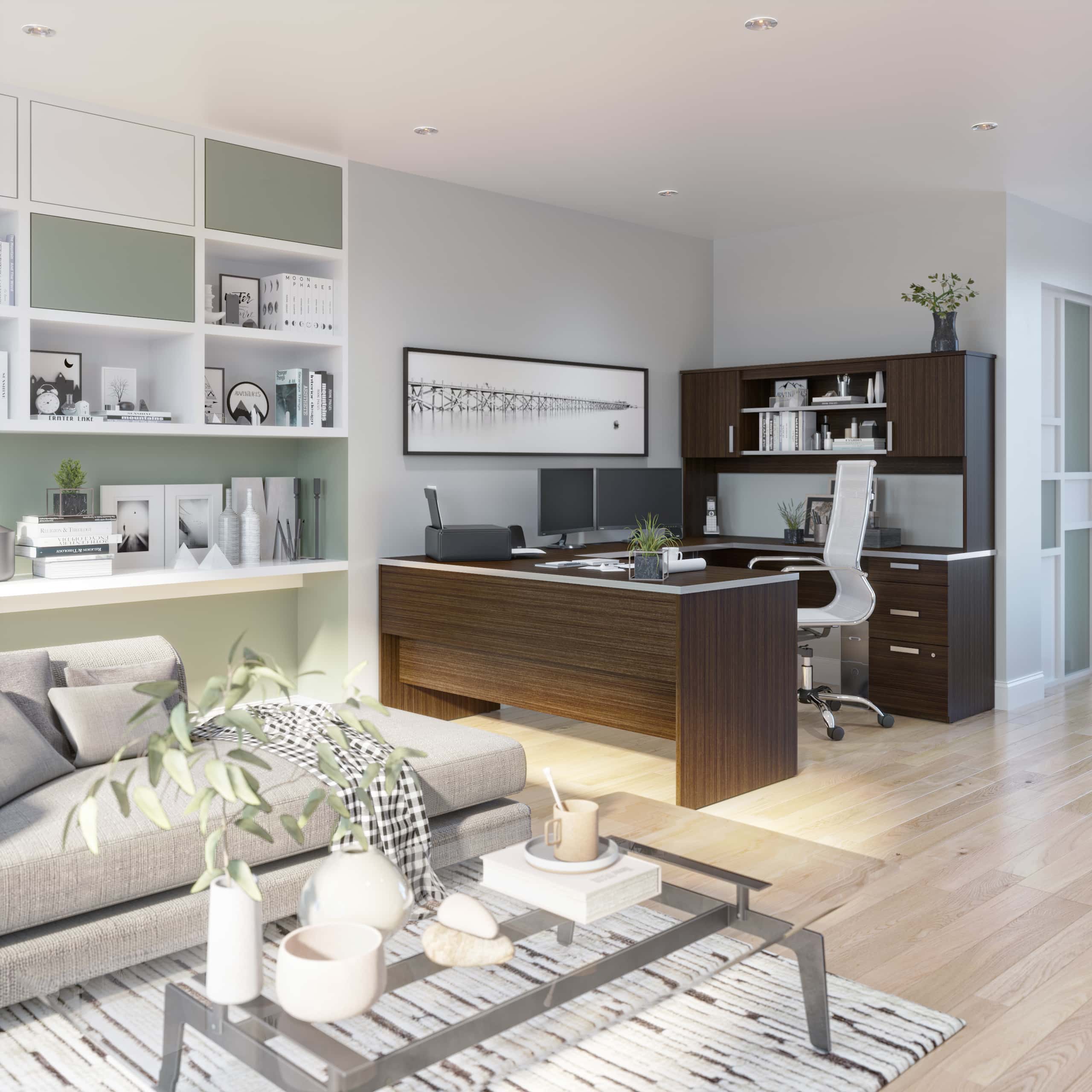 Home Office How to Avoid Distractions While Working from Home 15-07-2022
While working from home can be a dream come true, it can also be extremely difficult to stay productive and motivated...
Read more 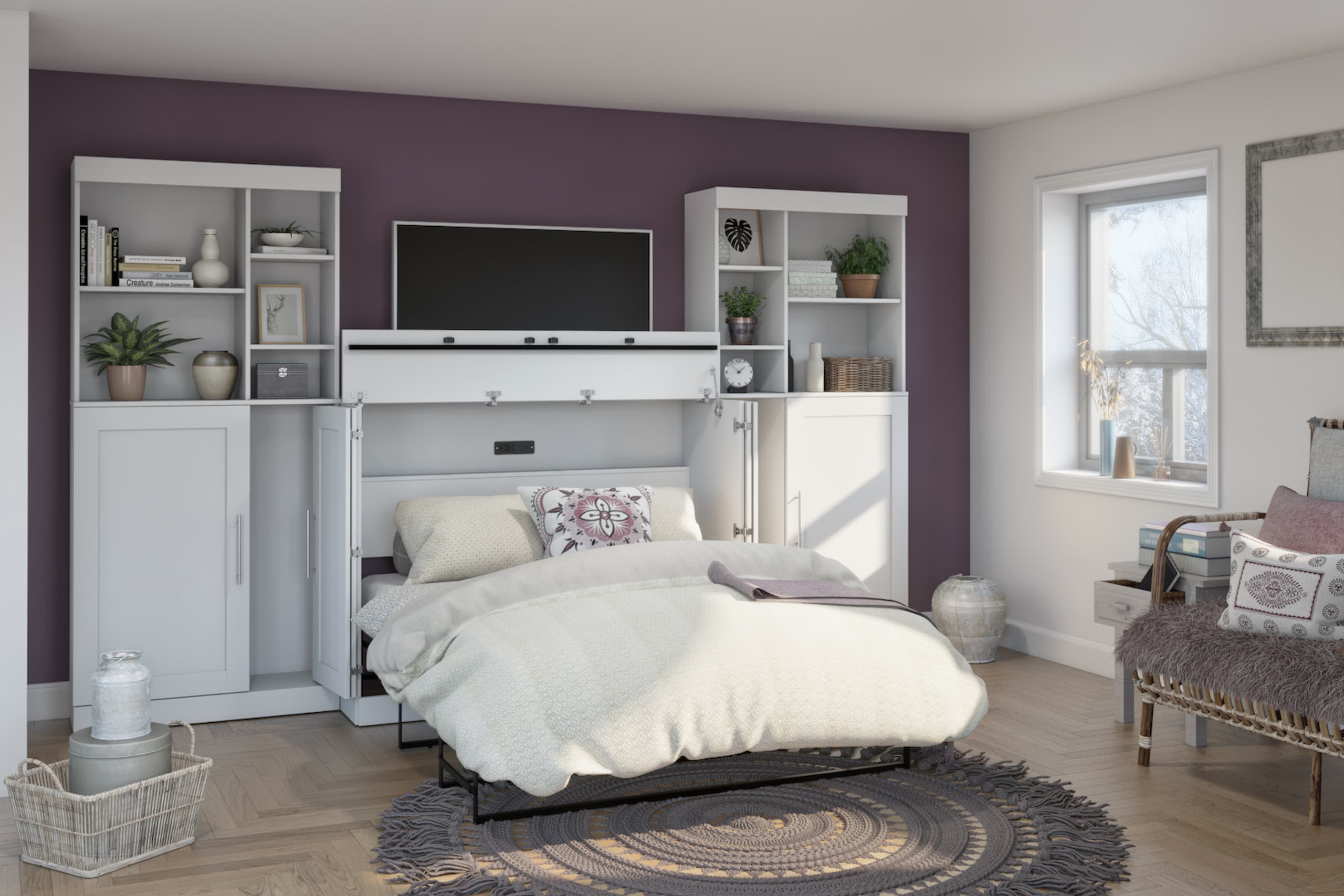 Home | Organization Storage and Organization Essentials for Every Space in Your Home 10-06-2022
Your home is your sanctuary, so it’s important to keep your space clutter free and efficient. However, life can get...
Read more

How likely are you to recommend Bestar to a friend or colleague?

Not at all likely

What is your main reason for choosing this score?

Back
Thank you for your feedback

This month is jam-packed with unbeatable sales at Bestar! Sign up to this exclusive newsletter to see each daily promotion offered!

Subscribe to our newsletter to stay up to date on our best deals.

New subscribers get 10% off their first order!

Your cart is empty